A property within the exclusive pocket of Preston, Victoria, has sold for $150,000 above reserve using transparent selling process, Openn Negotiation.

Selling agent, Michael Tomadakis of Biggin & Scott Inner North, was confident the interest levels would be high for the home, located at 25 Milton Crescent, Preston, Victoria.

“I knew that buyers would be interested from the beginning,” said Mr Tomadakis.

The freestanding period gem attracted eight qualified buyers who could see the potential on offer.

“The property did need some work but the opportunities were endless provided a buyer was willing to invest the money,” said Mr Tomadakis.

The campaign went off to a flying start, according to Mr Tomadakis, with 25 people registering for the first home open. 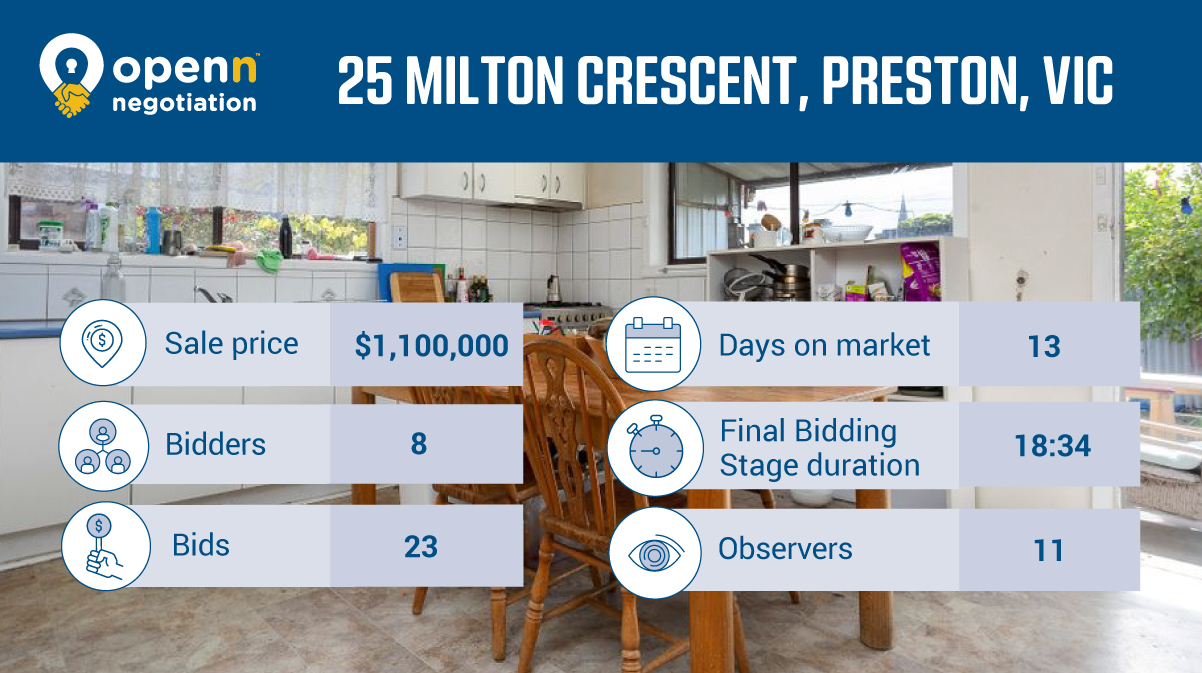 “We obeyed with Victorian Covid -19 guidelines which only allowed a maximum of 10 people with only two groups coming through the home at any given time,” said Mr Tomadakis.

“This was not an issue as buyers respected the guidelines just as much as we did.”

The interest level was extraordinary, with the property hitting reserve eight days into the campaign and then selling under the virtual hammer just days later.

“The Final Online Bidding Stage was set for the 11th of June, but after hitting the reserve and consulting with my clients, we both agreed that with 5 registered bidders, we should bring the action forward,” said Mr Tomadakis.

The flexibility of the Openn Negotiation process allows the agent, under the vendors instruction, to bring the final bidding stage date forward to sell the property quickly.

When Tomadakis changed the date to Tuesday, 26th of May, he got a flurry of last-minute requests to view the property.

He held one last home open the night before, which attracted additional buyers – including the eventual winning bidder.

“They had been keeping an eye on the property but hadn’t done anything because they thought it was selling on the 11th of June,” said Mr Tomadakis.

“They wanted to wait until the very end to get involved.

“After informing all parties, every seriously interested buyer was ready and keen to get involved in the final bidding stage.”

Unlike a traditional auction, buyers can start bidding from day one in an Openn Negotiation — providing real-time feedback on how the market is pricing the property.

Heading into the Final Bidding Stage and knowing exactly how many buyers were competing was a huge plus, said Mr Tomadakis. 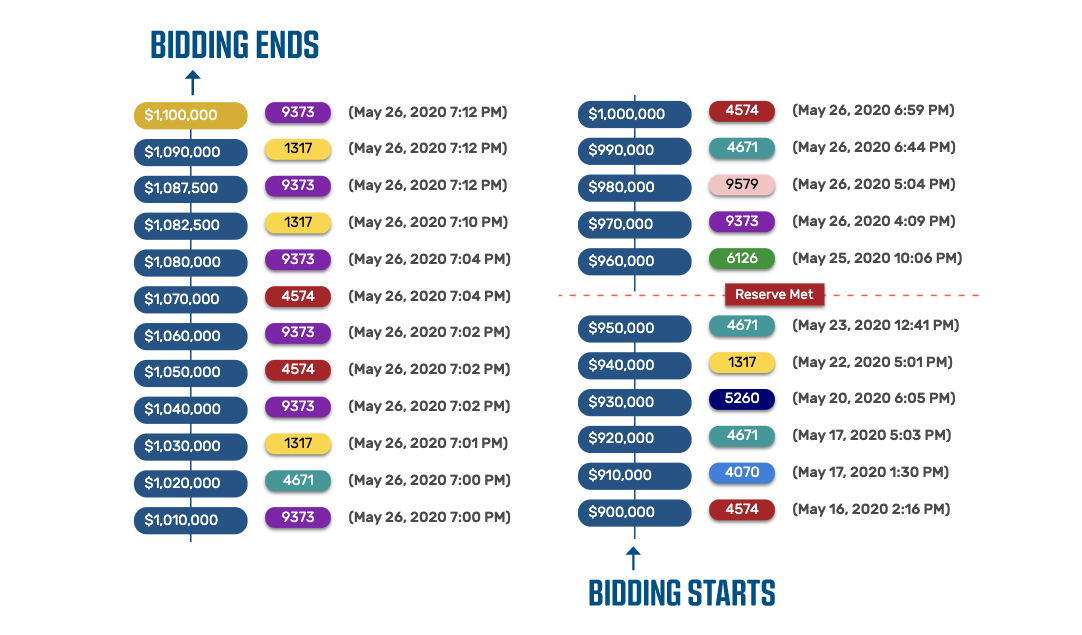 “Sometimes on auction day, we are under the impression that we have three or four highly interested and qualified buyers and then only one rocks up," said Mr Tomadakis.

"With the transparency of this new online system, I knew that the eight bidders were interested from the very start."

On the night of the Final Bidding Stage, Mr Tomadakis had the support of the whole Biggin & Scott Inner North office.

“We were all very excited for our clients that their property was in high demand," said Mr Tomadakis.

"Each of us were on the phones during the entire process assisting with the auction in any way we could.

“The bids came in quickly and it all happened so fast.

Despite being based in Singapore, Mr Tomadakis’ seller was still able to catch all the action of the Final Bidding Stage from his device.

“He watched it all unfold from his lounge and was over the moon with such an amazing price,” said Mr Tomadakis.

Managed entirely by a real estate agent, Openn Negotiation is the most reliable and transparent online method of selling property in Australia.

An Openn Negotiation is conducted entirely online, where pre-contracted buyers can start bidding from day one.

The leading bid can be shown on all real estate advertising portals - even if it is lower than what the seller wants.

The sales process is very flexible as vendors can choose to allow buyers with conditions to participate and bring the final bidding stage forward to sell the property quickly.

All bids are binding, so once the hammer has fallen, the auctioneer has the authority to sign the final contract and complete the sale.